Surviving 9/11 was ‘just the first piece of the journey’

NEW YORK — Trapped deep in the wreckage of the World Trade Center, Will Jimeno lived through the unthinkable. Twenty years later, he’s still living with it.

The injuries ended his police career. He has post-traumatic stress disorder. He keeps shelves of mementoes, including a cross and miniature twin towers fashioned from trade center steel. He was portrayed in a movie and wrote two books about enduring the ordeal.

“It never goes away, for those of us that were there that day,” he says.

Nearly 3,000 people were killed when hijackers in Osama bin Laden’s al-Qaida terror network rammed four commercial jets into the trade center, the Pentagon and a Pennsylvania field on Sept. 11, 2001. Yet an estimated 33,000 or more people successfully evacuated the stricken buildings.

Sept. 11 survivors bear scars and the weight of unanswerable questions. Some grapple with their place in a tragedy defined by an enormous loss of life. They get told to “get over” 9/11. But they also say they have gained resilience, purpose, appreciation and resolve.

“One of the things that I learned,” Jimeno says, “is to never give up.”

In 1989, Bruce Stephan’s car got perilously wedged on the San Francisco-Oakland Bay Bridge when the Loma Prieta earthquake hit and the upper deck collapsed while he was driving across. Twelve years later, the engineer and lawyer was working on the 65th floor of the trade center’s north tower when one of the planes crashed about 30 stories above .

Only after his hourlong walk down the crowded stairs did Stephan learn that another plane had hit the south tower — the building where his wife, Joan, also an attorney, worked on the 91st floor. Above the impact zone.

It would be hours before the two were reunited.

“It’s almost like you’re reborn … to know that you’re alive and that you still have a shot at life,” says Bruce Stephan, 65.

Shortly after 9/11, the couple moved to Essex, a northern New York town, and strove to balance work with other things — church, amateur theater, gardening. They cherished a newfound sense of community.

But a work opportunity pulled them back to San Francisco in 2009. They loved it, until the pandemic made them rethink their lives again. They moved back last year.

Désirée Bouchat pauses by one of the inscribed names on the 9/11 memorial: James Patrick Berger. She last saw him on the 101st floor of the south tower.

“Some days, it feels like it happened yesterday,” she says.

At first, people figured the plane crash at the north tower was accidental. There was no immediate evacuation order for the south tower. But Berger ushered Bouchat and other Aon Corp. colleagues to the elevators, then turned back to check for more people.

Just as Bouchat exited the south tower, another plane slammed into it. Nearly 180 Aon workers perished, including Berger.

For a while, Bouchat told everyone, including herself: “I’m fine. I’m alive.”

But “I was a walking zombie,” she says now.

She couldn’t multitask anymore. Remarks that used to bother her stirred no reaction. She was functioning, but through a fog that took more than a year to lift.

Bouchat eventually felt that she needed to talk about 9/11. The Springfield, New Jersey, resident now leads tours for the 9/11 Tribute Museum.

So does Bruce Powers, who also annually repeats every year his seven-mile (11 km) walk home from the Pentagon on 9/11. The walk and tours “serve well in helping me deal with what happened,” says Powers, 82, a now-retired Navy aviation planner.

For a time after 9/11, Police Department Officer Mark DeMarco replayed the what-ifs in his mind. If he’d gone right instead of left. A bit earlier. Or later.

“I couldn’t figure out how I got out of there alive,” he says.

After helping evacuate the north tower, the Emergency Service Unit officer was surrounded by a maze of debris when parts of the skyscraper tumbled onto a smaller building where he’d been directed. Some officers with him were killed.

As he inched his way out in darkness with two other officers, DeMarco nearly tumbled into a crater carved by the collapse.

Now 68 and retired, DeMarco still wears a wristband with the names of the 14 ESU members killed that day. He worries that the public memory of the attacks is fading. “Have fun with life. Don’t be afraid,” he says. “But be mindful.”

A tsunami of dust washed over emergency medical technician Guy Sanders, so thick that it clogged his surgical mask.

The 47-story building at 7 World Trade Center had just collapsed, about seven hours after the burning towers fell and debris ignited fires in the smaller high-rise.

A part-time EMS supervisor, Sanders had scrambled to respond from his day job. He was en route when the towers collapsed, killing eight EMA workers, including his colleague Yamel Merino.

Yet 9/11 only deepened his commitment to EMS. He soon went full-time.

“I never wanted to be in a situation where people needed me and I couldn’t immediately respond,” says Sanders, 62, now living near Orangeburg, South Carolina.

He still doesn’t. But health problems — including a rare cancer that the federal government has linked to trade center dust exposure — forced his 2011 retirement.

Breathing through an oxygen mask in a hospital bed, Wendy Lanski told herself: “If Osama bin Laden didn’t kill me, I’m not dying of COVID.”

“The only good thing about surviving a tragedy or a catastrophe of any kind is: It definitely makes you more resilient,” says Lanski, who was hospitalized with the coronavirus — as was her husband — for two weeks in spring 2020.

But “surviving is only the first piece of the journey,” says Lanski, 51, of West Orange, New Jersey.

She has asked herself: “Why am I here and 3,000 people are not?” Over time, she accepted not knowing.

“But while I’m here, I’ve got to make it count,” says Lanski, who has spoken at schools and traveled to conferences about terror victims. “I’ve got to make up for 3,000 people who lost their voice.”

Buried in darkness and 20 feet (6 meters) or more of rubble from both towers, Will Jimeno was ready to die.

The Port Authority of New York and New Jersey Police Department rookie was in searing pain from a fallen wall pinning his left side. Fellow officer Dominick Pezzulo had died next to him.

He had yelled for help for hours and was terribly thirsty. Then Jimeno, who is Catholic, had what he describes as a vision of a robed man walking toward him, a bottle of water in his hand. We’re going to get out, he told Sgt. John McLoughlin, who was trapped with him.

It was hours — of pushing back pain, thinking of rescues in past disasters, talking to keep alert — before they were found and gruelingly extricated by former U.S. Marines, NYPD officers, a onetime paramedic and firefighters as blazes flared and debris shifted and fell.

“If you wanted to picture what hell looked like, this was probably it,” recalls then-NYPD Officer Ken Winkler.

Jimeno was freed around 11 p.m., McLoughlin the next morning. Jimeno underwent surgeries and lengthy rehabilitation.

But he says his psychological recovery was harder.

It has helped to tell his story in talks, in the 2006 Oliver Stone movie “World Trade Center,” and in Jimeno’s two newly released books.

The Colombian-born U.S. Navy veteran hopes that people see in his story “the resiliency of the human soul, the American spirit,” and the power of good people stepping up in bad times.

Says Jimeno, 53, of Chester, New Jersey: “The way I can honor those we lost and those that were injured is to live a fruitful life.” 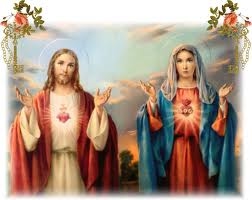